This past week started with news of the collapse of the Dutch government over the plans to extend NATO’s role in Afghanistan [, i.e. all NATO states have been under pressure of the United States to expand the role of NATO].  According to official state news agencies, the Dutch government collapsed over a division “between coalition parties about extending Dutch military participation in Afghanistan.”  Most of the governing coalition ended up opposing the Prime Minister’s desire to extend the timetable. News of the collapse had spread by early last Saturday morning, but it was not official till Monday when the Queen Beatrix could accept the resignation of the Prime Minister, Jan Peter Balkenende.

“The stand-off began after . . . .leader of the Labour Party, drew a line in the sand over extending the Dutch mission in the southern Afghan province of Uruzgan – coalition partners wanted to consider this option after a specific request from NATO to do so.” Balkenende claimed, “We’ve experienced this failure both individually and collectively as a defeat. This doesn’t change anything about the facts or the conclusions we have reached.”

“The outgoing prime minister said he expected the Netherlands to withdraw its 2,000 soldiers from Afghanistan in August as scheduled, but he also voiced concern about the impact of the withdrawal on his country’s international standing. ‘The moment the Netherlands says as sole and first country [to NATO and Afghanistan] we will no longer have activities at the end of 2010, it will raise questions in other countries and this really pains me,’” Balkenende noted.

Meanwhile, Canada has also noted it will leave Afghanistan by 2011.

On the weekend, protests in Berlin were held against the increasing Germany’s role in the Afghan War.  Democracy Now reported: “In Germany, over a thousand antiwar protesters rallied in Berlin on Saturday to demonstrate against Germany’s involvement in Afghanistan. Germany is planning to beef up its presence in Afghanistan, where its 4,300 troops make up the third-largest contingent after the United States and Britain. Many protesters said they did not understand why Germany was in Afghanistan in the first place.”

According to one German activist that day,  “It’s almost too late, but we hope to convey the message that not one soldier has to be sent to Afghanistan. That’s why we are protesting here. The German people have paid enough taxes, and there are more and more taxes being squeezed out of us just to finance the American wars. We have in Germany a constitution that is still valid, that states that from German ground we will not instigate a war, but only defend ourselves. The Afghans never attacked us. So what are our soldiers doing in Afghanistan?”

Earlier in the month, there had been large protests in Munich against the planned increase in all NATO involvement in Afghanistan.

Interestingly, German media has appeared to be more interested in what was happening in the Netherlands than in the protests in Berlin on either Sunday or Saturday.  Even now when I do web searches on the topic of “protest against NATO expansion by Germany, mostly only the Islamic-media-world seems to covers the opposition.  Here is an article from Tehran.

Here is another Islamic press article.

In short, on Monday after the protests on the weekend in Berlin [, i.e. in the run-up to a major vote today in the German Parliament to approve German troop increases in Afghanistan], little or nothing was made of the activists efforts in any major media sources of the public opposition to NATO expansion in Germany.

It should be noted that Germany already has the third highest presence among NATO allies in Afghanistan.

Only DIE LINKE (The Left) Party stood firm against the nearly 17% increase in German troop involvement in Afghanistan approved by the German Bundestag today.   Soon Germany will have well over 5300 troops in Afghanistan.  On the other hand, despite the media blackout on the popular debate about Germany’s role in NATO outside of Europe,  it should be noted that nearly 160 German parliamentary representatives either withheld their vote or directly voted against the NATO troop increase.

DIE LINKE party tried to use a series of parliamentary rules and procedures to delay the vote on the immediate expansion of German troop presence in Afghanistan. However, the opposition SPD leadereship eventually sided with the ruling German coalition to vote down procedural blockage of floor debate by the leftist and some Green and SPD  party members.

I fully believe the self-censorship of the German media has been GREATLY responsible in recent months to the lack of German citizen’s attention to the details of Germany’s creeping leadership in NATO as an active war executioner. Just this past Sunday, I heard a local minister say the following when I noted that my brother-in-law was being sent to Afghanistan.  The pastor said, “We don’t even hear much about Afghanistan any more.” 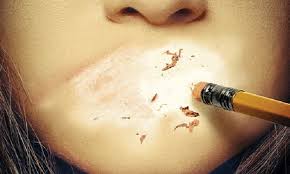 This is a sad trend in media and society. This is because it signals a shift in Germany’s sense of self in the Post-Nazi era.  As in the case of Japan, Germany had largely been proud to have a sort of peace constitution in place since 1949.   That is, “Germany’s post-war Constitution (Basic Law) was until the late 1990s held to prohibit  participation in wars outside its borders. However, since then Germany’s Federal Constitutional Court, however, has found another interpretation of the Constitution, i.e.  “that – without amending the Constitution or any other pertinent legislation – has allowed “a ‘German solution’ which reconciles the putative post-war prohibitions with Germany’s obligations as a member of the United Nations.”

By not questioning the creeping expansion of Germany as a nation carrying out war-making powers across its borders, e.g. in Afghanistan, in this decade, the German media is doing a disservice to its own target audience. Moreover, the media is lulling German citizens into believing that the end of war is coming soon, i.e. with Obama’s next big push in Afghanistan and Pakistan this spring.

“Whereas during the Cold War the Bundeswehr was functioning within its original function in defending its borders and the alliance, conscientious objection within the ranks of the military was of rather abstract importance. This changed the moment defense missions began to be redefined and inflated to include the most distant world regions such as the Hindukush. At this point, individual Bundeswehr soldiers suddenly began to refuse to obey orders which they considered incompatible with Basic Law and international law standards. The most consequential case happened in 2003 when Major Florian Pfaff, at that time Major in the Bundeswehr, bravely opposed orders that would have involved knowingly participating in a “crime against international law” (Professor Reinhard Merkel, Hamburg).”

In the case of Major Florian Pfaff, the German courts ruled that demoting the major to captain was appropriate. Since then, the Peace Constitution and nation’s love affair with the International Laws, with which it should be embedded in limiting Germany’s roles in foreign wars, has practically ceased in most of German  media.

This lack of self-reflection on the changes in German media attitude toward the making of foreign wars in Germany is tragic.  Germans need to be encouraged to consider rolling the clock back on a trend that is not good for its standing as a peacemaker or at least as a just or neutral partner in many parts of the third world.

In summary, “The Bundeswehr’s classic mission of defending Germany’s borders and the NATO alliance are still valid, yet have unmistakably become less important. Instead . . .  the German military’s top priority as ‘the prevention of international conflicts and crisis management, to include the fight against international terrorism’, and only as a second priority is the ‘protection of German territory and its citizens’ listed.”  In addition, “[t]he Bundeswehr’s new and almost exclusive orientation as an intervention force deployed in ‘conflict management and crisis prevention’ is also [now] reflected by its structure: In the case of ‘rapid, robust reaction and network-enabled operations for missions involving high-intensity conflicts’ – which is the Orwellian newspeak for ‘war’ in post-modern military jargon – a contingent of 35,000 German soldiers is planned. This includes 15,000 to be deployed in the ‘NATO Response Force’, 18,000 as the German contribution to the European rapid reaction force, in accordance with the ‘European Headline Goal’, 1,000 to be deployed by the United Nations according to the “UN Standby arrangement system” as well as 1,000 to be sent in national rescue and evacuation operations”.