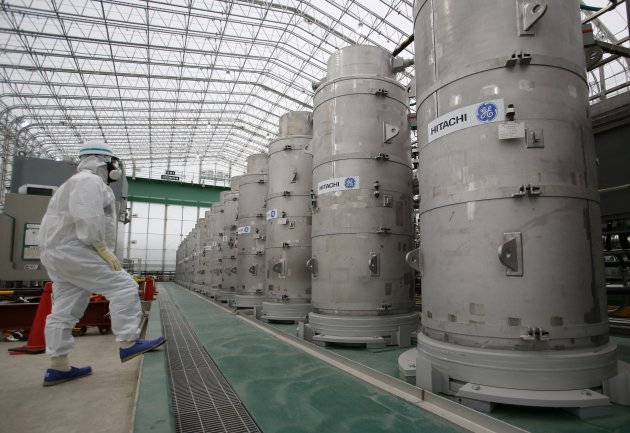 The radioactive effects of the 2011 Fukushima nuclear disaster appear to have arrived on North American shores this year, with their full impact expected to be felt in 2015, according to a new report.

And while a radioactive plume that has spread across the Pacific Ocean since the disaster is now just off the coast of British Columbia, experts say there is little reason to panic.

A new report published by the Proceedings of the National Academy of Sciences (PNAS) notes that radioactive materials cesium-137 and cesium-134 have arrived off North American shores.

It reached the West Coast by air just days after the initial disaster, but it took until just recently for the material to make the 8,000-kilometre journey by water.

According to the study, the oceanic effects of Fukushima were reported 1,500 kilometres off shore of British Columbia in 2012, but it took until this year for the presence of cesium-137 to be detected on the continental shelf.

It notes that the impact off the North American coast will peak in 2015-2016, before declining below today’s levels by 2021.

The paper is a hefty read meant for studied eyes, which comes in part from Fisheries and Oceans Canada. It has been summarized by the Fukushima Inform blog, run by a radiation-monitoring network tasked with studying the fallout.

In short, seawater samples taken in February were found showing signs of cesium-137. The blog notes that the readings are a clear sign that Fukushima’s radioactive plume has reached our shores, but it also says that the threat shouldn’t be overstated.

“By 2021 ocean mixing and transport will disperse the plume such that the impact of Fukushima on 137-Cs in our waters here will not be detectable,” the post notes.

It later adds, “The levels of radiocesium expected and being measured offshore do not represent a environmental or public health threat.”

It noted that while long-lasting cesium-137 has been previously present in the waters – from weapons testing in the 1950s and 60s – cesium-134 isotopes have a half-life of just two years, making the Fukushima disaster the only possible origin.

Ken Buesseler, a senior WHOI scientist, told CBS News that the potency of the radioactive cesium has been reduced in its years-long trip across the ocean.

“Cesium behaves like dye in water and gets diluted along the way,” he told the network.

“By the time it gets across, it’s pretty well mixed and much lower. We could never have levels as high as what was found off Japan.”

The fear of ocean radioactivity was much higher in March 2011, when an earthquake-triggered tsunami damaged Japan’s Fukushima Dai-ichi nuclear power plants.

More than 15,000 people died in the fallout, with several thousand others injured, and the Fukushima plant was decimated, casting a plume of radioactivity into the atmosphere.

Since then, a great deal of effort has gone into monitoring the spread of radioactive particles.

The site OurRadioactiveOcean.org maintains Fukushima plume patter analysis, which predicts ocean currents will push radionuclides from the coast of Alaska and B.C. south toward Hawaii in 2016.

In Japan, meantime, cleanup of the Fukushima site continues, and is expected to take several decades to complete. According to the Japan Times, the some 6,000 members of the cleanup crew continue to complain about working conditions and fears of radiation exposure.