What’s it like living next door to War-Torn Yemen? (Part 3): More on Empathy & Reflections 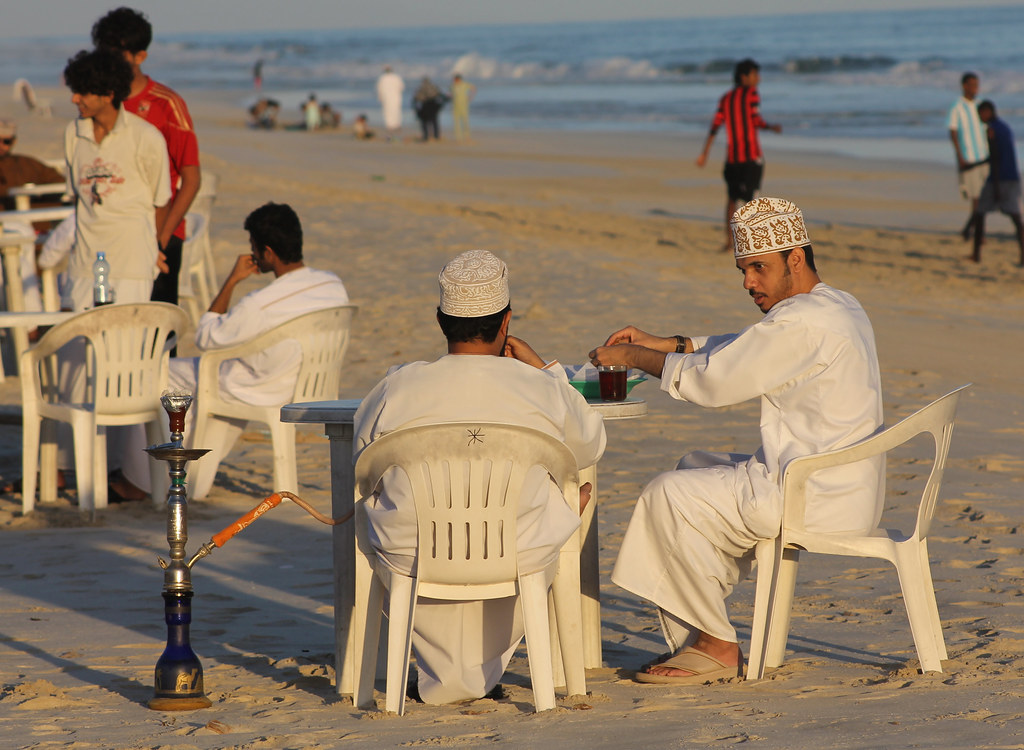 This is the third part in this series.  Part 2 is at https://eslkevin.wordpress.com/2015/04/09/whats-it-like-living-next-door-to-war-torn-yemen-part-2-more-on-empathy-and-life/

while Part 1 is at https://eslkevin.wordpress.com/2015/04/08/whats-it-like-living-next-door-to-war-torn-yemen-part-1-remain-empathetic-but-function-as-though-nothing-will-effect-you/

What’s it like living next door to War-Torn Yemen? (Part 3): More on Empathy & Reflections 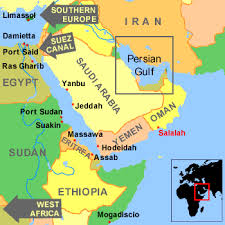 by Kevin Stoda, Salalah in Oman

At church yesterday, I asked an Australian, who is an expert trainer in  peace and reconciliation, about how we in Salalah might show assistance and solidarity with the victims of war (or so-called “collateral damage”in Yemen).  UNICEF had only been allowed into Yemen a few days back–and its not clear how to get assistance to the people in need.  This Australian shared that he was in contact with “his people in Yemen”, that is, Yemenis who have been trained under him to work on conflict resolution in their homeland. However, he went on to say that these days they (the Yemeni peace negotiators) were not even able to leave their homes to the Houti fighting and Saudi bombardments.

This Australian conflict and resolution trainer said he’d get back to me as soon as the tensions dissipated and he could get a better feel on how to support victims of war in Yemen. Meanwhile, on Al-Jazeera TV News–almost nightly–a Saudi military officer gives a briefing and claims his country is doing as much as possible to minimize “collateral damage” in Yemen. However, almost every day, more innocents are killed.

“The humanitarian situation in Yemen is getting worse by the hour,” say UN officials.  Event though, the first two planeloads of medical equipment arrive in capital Sanaa.

MEANWHILE, SALALAH IS AS CALM AS EVER 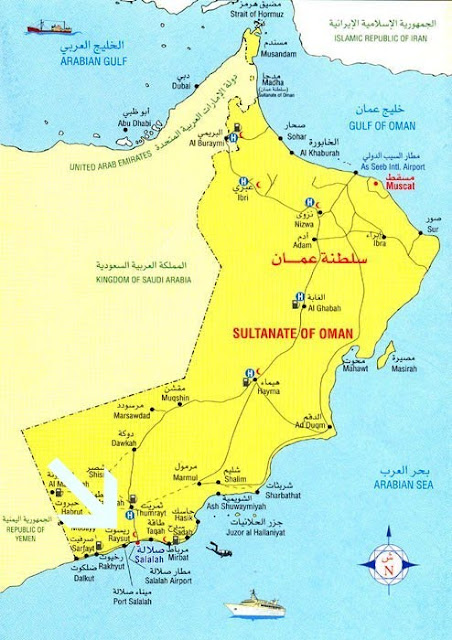 At dawn this morning, my wife, daughter and I went to Haffa beach to stroll, run, and play in the sand. We could observe  12 ships waiting to unload cargo on the great docks of Salalah Port  in the distance to the west of town.

Haffa Beach is one of the more popular places for tourists to visit in Salalah.  Each year, 200,000 Omanis along with Arabs from neighboring lands arrive in Salalah in July and August because it’s weather is much cooler and more tropical than almost all other regions on the Arabian peninsula. This period of fog and rain, known as “Al-Khareef”, hangs in the Dhofar mountains–and over the towns on Salalah, Taqah, and Mirbat– for nearly 3 months in good years .  The weather phenomena was well-known in the days of Marco Polo, when he passed through the cities of Dhofar on his return trip to Europe from China nearly a millennium ago.

Only, coastal Yemen has comparable weather to Dhofar, but this country has been so troubled with internal violence over the past 6 decades that its economy and society has not grown or developed in a way similar to Salalahs, i.e. during this era of the so-called Omani Renaissance.  In short, Dhofar–as beautiful land as it is–has had almost no tourism in recent years.

On last year’s Renaissance Day (held on 23 of July in Oman), one Omani leader reflected  the following local history in Dhofar and Oman: “While there have been many achievements in all facets of our life[ over the past 4 post Dhofar civil war decades] , I must emphasise the gifts of peace, cooperation between nations, and tolerance. These were accomplished through education, openness, moderation, and respect for our diverse Omani society and the entire humanity.”

Thankfully, Dhofar and Oman have also been able to lift up local traditional ways of life and practices–even as the influx of tourism and change affect the citizens of Oman so regularly.

Last  week, I finished reading of an American missionary family who had worked in and grew up in Afghanistan between 1990 and 2007.  One online magazine named their family story, For God so loved Afghanistan , and parts of their journal selections from 16 years of family living in a war-torn land are quite motivating for those who are thinking about what real faith and Christianity mean in our modern world.

The journal selections, in  For God so loved Afghanistan , were mostly written by Sheryl and Steve Martin while they were serving with MCC. Sheryl served as a nurse in a clinic only run by women–while Steve ran a great variety of projects in an ecumenically mission community in Kabul.  They also raised their children in that war-tattered land over that same period.

One day in late 2002, Steve Martin wrote of one of his family’s experiences in that war-torn Southeast Asian land (on p. 21-22). Steve had been reflecting on the sense of security which God provided his family during their endeavors in Afghanistan–a land in Southeast Asia, like Yemen, Syria, and Iraq (all torn by civil strife and invasions from other forces in the past decades).

Stever wrote at that time: “For most of the decade since our arrival in Afghanistan in 1991, we have been some of the [very] few foreigners living in the country. But this year [2002], the number of foreigners exploded, with literally thousands of aid workers, private contractors, foreign government agency workers, and numerous diplomats.  Further, much of the physical security of these entities in the city is today being aided by international security forces.  Most foreign entities are guarded by security personnel brandishing automatic weapons, and those working for them live with a fortress mentality behind secured walls and barriers.”

However, Steve continued, “Our quiet neighborhood [thus] continues to be an anomaly as we live post-9/11 in much the same way as we have for many years–similar to our neighbors in simple walled compounds.  During a recent visit to the home of one of my neighbors, a relative of his stopped by to visit.  The neighbor began to tell his relatives who we were.  The relative looked at us and with amazement in his voice inquired, ‘I just came in off the street.  I did not see any fortified walls or armed guards.  These people don’t have weapons or bodyguards with them.  Where is your security?'”

Steve concluded, “Our neighbor [an Afghani], without missing a beat, replied, “Their security is in God.”

As Christians, we need to ask “Why’? and make a stand to end the misguided American State Nationalist or Presidential theology, which has been so strongly supportive of the on-going American New Age Imperialism–under a series of U.S. presidents dating to the wars of the Reagan era–and possibly earlier.

The most complete American theology was created under the George W. Bush administration but has hardly been halted at all under President Barack Obama.  In retrospect, it is important for one to note that almost all American churches had demonstrated strong opposition to what George W. Bush was doing in the way of imperial theology. In fact, George W. Bush’s calls to divide the world into those-for-us and those-against-us was considered un-biblical and distorting of the Bible and other popular religious hymns handed down by our ancestors.

It is important to recall that in the run-up to the invasion of Iraq in 2003, all major churches but the Southern Baptists wrote a communique to President Bush stating they were opposed to his preemptive war on Iraq.  When many of these church leaders tried to meet with W. about this proposed plan of his, W. refused to meet with them.   This turning one’s back on the masses of concerned christian theologians in America has been typical of other administrations–from Reagan to Obama–in my own lifetime.   In this way, living in the USA Imperial regime has been like living in a theocratic state like Saudi that doesn’t even want a single blogger to criticize it for its actions. This is why I–and many other Americans, Canadians, et. al– have been forced to go abroad to live and inspire are families over the decades.

One is told time and again by the nationalist theologians that we are not wanted if we do not support the status-quo, for example the latest 6 years of drone bombings and assassinations of Americans without trial in Yemen–or elsewhere.

In our hiatus from America, we keep up a more peaceful and non-violent witness–one that more befits the biblical Christianity of Jesus–a real theology based on bible and faith in God.

In short, not only are Americans hurt by the demanding theology of American nationalism, but Christians are hurt and threatened around the world by such actions.  For example, how can we ever be a light unto the world if we are covered by dark and evil-looking nationalist trappings?

When I first began to live abroad in the 1980s, I was constantly asked whether I was in the military or whether I was from a military family. This occured whether I was in Europe, Asia or Latin America.  I was discouraged that the face of the USA military came first.  That was not the kind of America, which I had been raised in.  We did not see ourselves in the 1970s as Spartans but as Athenians. As children in school we had been taught:

“Spartan life was simple. The focus was on obedience and war. Slavery made this possible by freeing the young men from household and industrial duties and allowing them to focus on their military duties. Young boys were trained to be

warriors; young girls were trained to be mothers of warriors.”

“Athenian life was a creative wonderland. As an Athenian, you could get a good education and could pursue any of several kinds of arts or sciences. You could serve in the army or navy, but you didn’t have to. (This applied only to boys, however: Girls were restricted to other pursuits, not war or business or education.)”

In our lifetimes, “The US has become the bully on the block and seemingly has only two weapons to use in forcing people to accept our will: one is bombs and the other is harsh economic sanctions.”

What kind of American life have you been raised in?  What do you expect for your children?  for your grandchildren?

Let’s end the status quo in this generation–reorganize ourselves and our national theology in line with the Athenian mode in this 21st Century!  We also need to start as individuals by living in the way we should as individuals, i.e. with better and more real-Christian  global perspective (rather than neo-real nationalistic perspective) and empathy for how the others on this planet see us and our efforts each day.