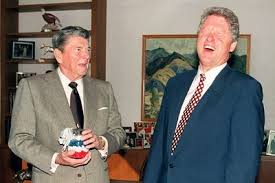 Former three-term New York Governor George Pataki has officially announced his candidacy for the Republican presidential nomination. In a speech announcing his bid, Pataki took aim at Hillary Clinton, claiming Democrats are the “party of privilege.”

Post-Presidential Cash-In
Many former U.S. presidents have taken their experience and public profile and used it to generate some cash after leaving office. From Reagan to George W. Bush, presidents have made piles of money through huge speaking fees. After retirement, Reagan regularly traveled the country, making around $50,000 per speech, at colleges and business dinners, and he famously made $2 million for giving two speeches in Japan. (There are a number of stars who also possess top-grade business savvy. Find out which celebs are a double threat in Celebrity CEOs.)

Bill Clinton regularly takes in between $100,000 and $350,000 for his speaking engagements – and it was reported by the Washington Post that right after leaving the White House, between 2001 and 2005, Clinton made $31 million in speaking fees. The most recent former president, George W. Bush, is faring almost as well, but is lacking in volume – possibly due to the low rating with which he left the White House. He reportedly charges $150,000 per speech.

Close to the Prez
You don’t even have to serve as president, or even as vice-president, to charge these humongous speaking fees. Sometimes you just have to be near the action. Condoleezza Rice charges just as much as Bush for her speeches, according to thehill.com. Sarah Palin has made headlines recently for her exorbitant fees that she charges for her tea party appearances – from $100,000-$150,000. Not bad for someone who has only ever served as the governor of one of the U.S.’s least populated state. Sometimes it’s not about what the person has done, it’s about their star power; this is definitely the case with Bush’s wife Laura who charges $75,000 per speech.

Perhaps the most confounding of these politico and faux-politico speech fees is that of Sarah Palin’s daughter, Bristol. Bristol Palin is most famous for being the pregnant teen daughter of a VP hopeful who preached abstinence, and though her mother is no longer involved in politics, Bristol Palin is attempting to spin her situation into a career. The younger Palin is reportedly asking for $15,000-$30,000 to speak at conferences and fundraisers, abstinence and “pro-life” programs. At 19, with very specific experience, it goes without saying that a name can cost a lot more than the substance of the speech. 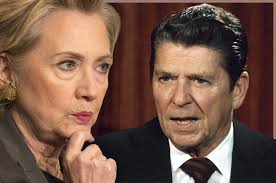 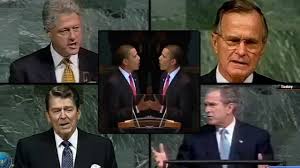