In Chicago, a migrant justice activist is suing the Department of Homeland Security for refusing to renew her DACA protection because of her activism

Will ICE make Civil Disobedience a capital offense next? How insane?  How insensitive?  How unjust has American sense of justice and fair play sunk? 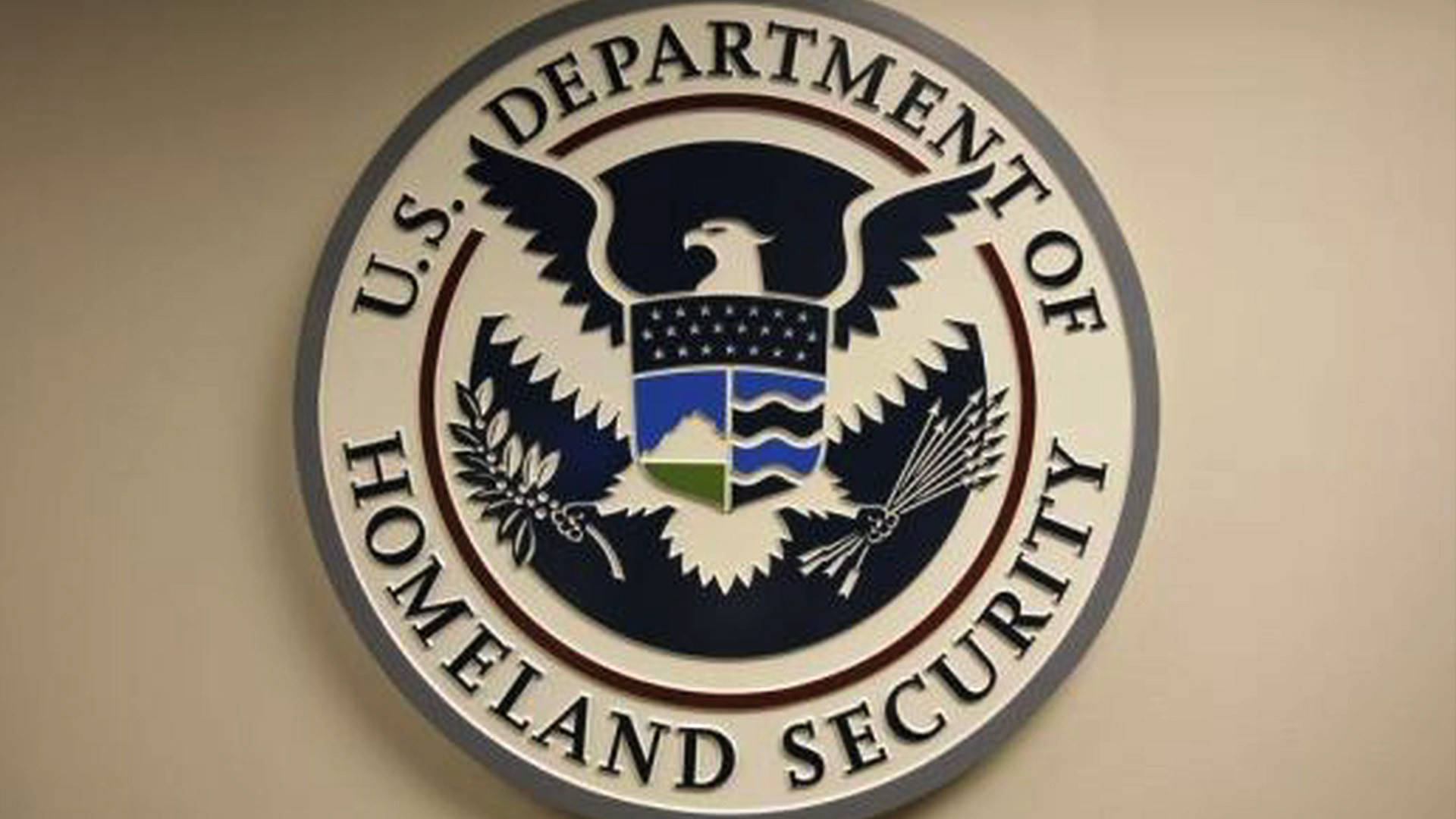 IRERI UNZUETA CARRASCOmember of Organized Communities Against Deportation. She’s suing the Department of Homeland Security and USCIS for refusing to renew her Deferred Action for Childhood Arrivals (DACA) protection because of her participation in civil disobedience calling for an end to deportations.
MONY RUIZ-VELASCOattorney for Ireri Unzueta Carrasco.

In Chicago, a migrant justice activist is suing the Department of Homeland Security for refusing to renew her DACA protection because of her activism. Twenty-nine-year-old Ireri Unzueta Carrasco received Deferred Action for Childhood Arrivals status in 2013. DACA is the Obama administration’s program shielding some undocumented people brought to the U.S. as children from deportation if they meet certain conditions. Even though Unzueta Carrasco says she met those conditions, the Department of Homeland Security denied her DACA renewal because of her participation in acts of civil disobedience aimed at pressuring the Obama administration to halt its record deportations. We’re joined by Ireri Unzueta Carrasco.

JUAN GONZÁLEZ: We turn now to the story of a migrant justice activist who is suing the Department of Homeland Security for refusing to renew her DACAprotection because of her activism. Twenty-nine-year-old Ireri Unzueta Carrasco received Deferred Action for Childhood Arrivals status in 2013. DACA is the Obama administration’s program shielding some undocumented people brought to the United States as children from deportation if they meet certain conditions. Even though Unzueta Carrasco says she met those conditions, the Department of Homeland Security denied her DACA renewal because of her participation in acts of civil disobedience aimed at pressuring the Obama administration to halt its record deportations. Such protests helped propel President Obama to institute the DACAprogram in the first place.

AMY GOODMAN: In a statement sent to her attorney in March, U.S. Citizenship and Immigration Services said Unzueta Carrasco’s participation in peaceful acts of civil disobedience constituted a threat to public safety. In one of the protests cited by authorities, she was one of 10 undocumented people arrested in September 2012 during an act of civil disobedience at the Democratic National Convention in Charlotte. Democracy Now! was there when the activists rode into uptown Charlotte, North Carolina, aboard the “No Papers, No Fear” bus, called the “UndocuBus,” which had been traveling for six weeks across the country from Arizona to protest Obama’s immigration policies. They sat down at a busy intersection directly in front of the arena where the DNC was about to be gaveled open, blocking traffic. Ireri was arrested alongside her mom and her dad. Democracy Now!’s Mike Burke was there and interviewed her while she was being arrested.

MIKE BURKE: What does it mean that you’re getting arrested right now, for you?

IRERI UNZUETA CARRASCO: Because the police and ICEcollaborate every day, we’re making this public. We’re hoping to show the community that they can organize themselves and to bring this message to President Obama for him to actually listen.

MIKE BURKE: Could you face deportation now that you’re getting arrested?

IRERI UNZUETA CARRASCO: I don’t know yet. That’s going to be up to immigration and the sheriff. But I’m willing to risk it.

IRERI UNZUETA CARRASCO: I am proud to be doing this with my parents.

ROSI CARRASCO: We’re risking arrest because we are fighting for our rights, our right to organize, our right to be with our families. We want President Obama to stop deportation.

JUAN GONZÁLEZ: That last voice was Rosi Carrasco, the mother of Ireri, and—who is now suing the Department of Homeland Security for refusing to renew her DACAprotection due to her participation in that protest and other acts of civil disobedience. More than a hundred civil and immigrant rights groups have signed onto a letter to DHS Secretary Jeh Johnson calling on the agency to renew her DACAstatus and protect the constitutional right to political expression.

AMY GOODMAN: We invited the Department of Homeland Security to join us on the program today, but they declined, writing, quote, “As a matter of policy we don’t comment on pending litigation. Furthermore, due to privacy constraints, we cannot comment on individual cases [of] applications,” they said. Well, Ireri Unzueta Carrasco joins us now from Chicago, along with her attorney, Mony Ruiz-Velasco.

We welcome you both to Democracy Now! Ireri, tell us what happened. How is it you got DACA status? And what has happened to it?

IRERI UNZUETA CARRASCO: Good morning, and thank you for having us here. I originally applied for the Deferred Action for Childhood Arrivals in 2013, and I was able to get it. And when I tried to renew, like you mentioned, it was denied, based—and the response that we got from the ombudsman was that because of my participation of civil disobedience, this was something that they weren’t going to renew. And so, after this long process of trying to figure out what was going on, we decided that we needed to go public about what was happening with my case, so that the Department of Homeland Security and USCIS could know that any time that they try to do—they try to do something that’s unjust with our community, we’re going to stand up. For me, civil disobedience is an act of survival. It’s something that we do to defend our communities. And it’s important that we defend our right to continue expressing ourselves politically and be able to organize to defend our communities.

JUAN GONZÁLEZ: And, Mony Ruiz-Velasco, what’s the significance of this case? Have there been others like this across the country, or is this really a possible trendsetting case? What’s the legal basis for the department being able to do this?

MONY RUIZ–VELASCO: Well, we believe there is no legal basis for the department to be able to do this, which is why we filed a lawsuit along with our partners at the National Immigrant Justice Center. Ireri was unfortunately denied, then the government stated that they believed she was a public safety risk. And we believe that is an incorrect decision. There’s a specific definition of what it means to be a public safety risk, and Ireri clearly does not fit within any realm of possibility of that opinion and of that legal definition. And we believe this case is unique at this point, but as Ireri mentioned, we want to make sure that this is not happening to anyone else, that if the administration intends to punish activists, like Ireri and like her family and like many others across the country, that we are not going to stand for that, and we’re going to continue to organize in every way that we can with the community, in—through using legal fronts, as well. So that’s why we’re here today.

JUAN GONZÁLEZ: Now, in this case, in particular, they cite four arrests, but for none of these arrests was she actually convicted of any crime, right?

MONY RUIZ–VELASCO: That’s correct. She was not charged or convicted of any crime.

AMY GOODMAN: You know, I remember so clearly that day, that first day of the Democratic convention in Charlotte. It was pouring rain. Ireri, you all came pouring out of the UndocuBus, your mother leading the way, Rosi Carrasco. We had had her on the show that morning. And then your father came off the bus, who is undocumented, and said, “I am undocumented. I’ve been living here for 18 years. I pay taxes, and I’m paying more taxes than Citibank.” With that, you all marched to the front of the convention center, and you got arrested along with a number of others. Now, I wanted to ask you, Ireri, what your parents’ reaction is to your denial of DACA, and what this means for you right now?

IRERI UNZUETA CARRASCO: My parents were very angry when we first found out of the denial last year. And then, when we got the response this year, my mom was actually the one who had said that the reason why I was being denied was probably this form of retaliation. And when we actually got the confirmation, it was just like, OK, it’s time to act. Right? We can’t let this happen to anybody, because when I lost my work permit, I also lost some work opportunities, and I also lost the right that we had won to try to get the—the advance parole. And so, one thing that, for me—that really kind of hurts me is that when I lost the advance parole, it’s also when my grandparents got really sick. And, unfortunately, my grandmother passed away. And shortly after, two weeks after, my grandfather did, as well. And so, for me, that’s kind of like one of the biggest pieces, right? Like, every human being should have the right to work, does have the right to work, and should have the right to see their family members when their family members are sick, without having to fear being banned from the U.S. or anything like that. And so, that has really been the biggest impact on my life. And that’s something—and that’s one of the reasons why we’re doing this, because this shouldn’t happen to anybody.

JUAN GONZÁLEZ: And in terms of the—what it has meant to you to have that period of time under DACA where you had some deferred action, because you—obviously, you came here as a child, you were undocumented for many years, and now you’re in that situation again. What did that period of respite mean for you?

IRERI UNZUETA CARRASCO: Well, it allowed me to apply for certain job opportunities that I didn’t have before. And it was a confusing mix of feelings, because I had been qualified for these jobs before, as well, but I just didn’t have the work permit to be able to do them. And so it did open up a set of opportunities. And now that I no longer have it, like you said, it’s like going back to where I was before. But I have been living in this country for a long time and working here for a long time, even before I had the work permit, and I’ve been able to survive and find ways to get around the obstacles as an undocumented person. So, in that sense, I’m going to continue to work to create opportunities for people, whether or not they have work permits, because I do think that the right to work is an intrinsic human right.

AMY GOODMAN: Well, I want to thank you both for being with us. Ireri Unzueta Carrasco, member of Organized Communities Against Deportation, she’s suing the Department of Homeland Security for refusing to renew her DACA, or Deferred Action for Childhood Arrivals, because of her participation in civil disobedience calling for an end to deportations. And Mony Ruiz-Velasco, thanks so much for being with us, Ireri’s attorney.