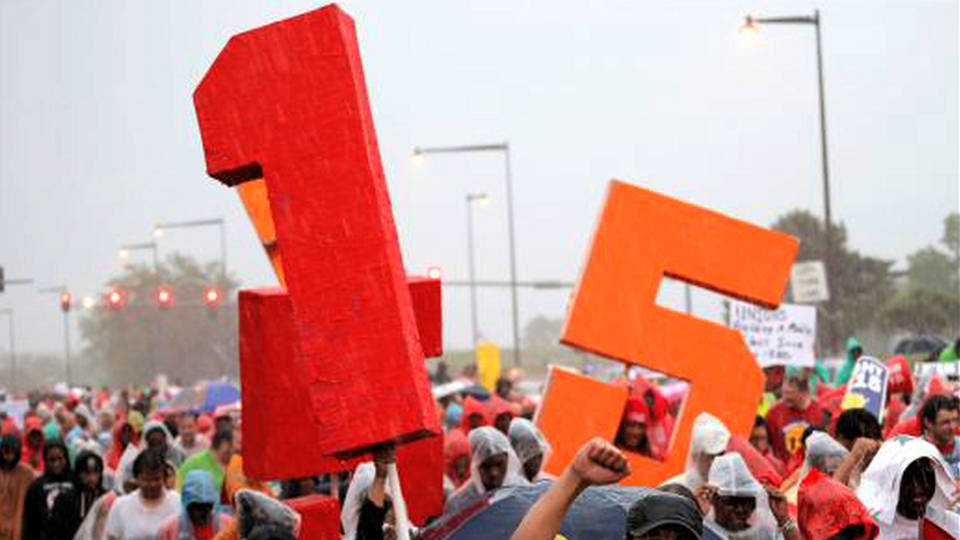 In Oak Brook, Illinois, thousands of fast-food workers have pitched tents and set up an occupation outside McDonald’s headquarters to demand a $15-an-hour minimum wage and union rights. The occupation comes as McDonald’s hosts its annual shareholder meeting today. The massive protests shut down McDonald’s headquarters Wednesday. More protests are planned for today. This comes as former McDonald’s CEO Ed Rensi has claimed in an interview with Fox Business that McDonald’s would replace workers with robots if the national minimum wage is raised to $15 an hour.

Ed Rensi: “I guarantee you, if the $15 minimum wage goes across the country, you’re going to see a job loss like you can’t believe. I was at the National Restaurant Show yesterday, and if you look at the robotic devices that are coming into the restaurant industry, it’s cheaper to buy a $35,000 robotic arm than it is to hire an employee who’s inefficient, making $15 an hour bagging french fries.”