Modest Development Proposal for my Omani Friends: An Aircraft Insustry for Oman

by Kevin Stoda, a historian from Kansas (USA)

Notice how in some maps, Oman is at the center of the Middle East?  This implies that Oman has often been on major trade routes.  It could also, however, manufacture and sell its own products through its buying, transporting, and selling activities–and we are not just talking about petroleum here.

I have been concerned by the fact that since the drop in petroleum prices two years ago that the leadership of the country has opted for austerity instead of promoting education, training, and new industries that would best serve the country. This is a fairly short-sighted decision and neglects a full commitment to develop and educate the peoples of Oman more.

For example, I observed  with dismay that the  country’s train projects to Kuwait  have been mostly put on haitus. (Moreover, the stretch between Salalah and Sohar had not even been seriously planned before the cut-backs in projects started.)  Because of its strategic location in the Indian Ocean, Oman should instead be planning to become  a new powerhouse in transport, instead of falling back on dependence on the petroleum industry again, i.e. as prices slowly rise once again on the international markets there is a temptaion to follow the same-old practices of the past 5 decades.

In short, now is not the time to slow down on the diversification of the economy, nor is it time to reduce funding for education and training across the land.  Sustainability and diversification should be the mantra of the day–not austerity.

May I humbly suggest a completely new industry to invest in and to promote.  I encourgae this because (like my home state of Kansas in the USA) your country is geographically well-suited for the the production and sales of commercial aircraft (with an eye to many other growing commercial aviation markets in Africa and Asia over the coming decades.)

The export terminals of northern, cental and southern Oman could serve as shipping gateways for the proposed aircraft products to nearly a hundred countries located on those two continents alone. Likewise, in the commercial development of the internal market of Oman, Sohar and other regions could become once again accessible to the international airline industry.

I will continue explaining why Oman is a great fit for developing a small commercial aircraft industry, but first allow me to share a short history about my home state of Kansas (which is only 3/4 the the size of Oman but slightly larger in size to a combined Syria and Lebanon), which has a population of just under 3 million people WHILE year-after-year impacting the  commercial and military aviation for over a fullt-century.

First, notice how in many maps, the state of Kansas is at the center of the United states or even of North America?  In short, it is at the crossroads of Mexico and Canada as well as on the east west trade routes from New York to California and from Florida to Washington.

The city of Wichita, Kansas, which is roughly twice the size of Salalah, currently has over 21 airplane manufacturing firms in the city.  The combined countries of Oman and Saudi Arabia do not even curretnly have half that many total companies working in the aviation sector.

Two of the most famous names in commercial aviation started in Kansas:  Cessna and Beachcraft.   In fact, the “history of Cessna aviation began in June 1911, when Clyde Cessna, a farmer in Rago, Kansas, built a wood-and-fabric airplane and became the first person to build and fly a powered aircraft in the heartland of America, between the Mississippi River and the Rocky Mountains.”

Mr. Cessna and his nephews later created the largest production of commercial and training aircraft in the world.  Clyde Cessna worked closely with Walter H. Beech and his family in aircraft production in Wichita in the 1920s, helping create the fastest plane in the USA by 1929, in the form of the Travelair Mysterious “S”, which put all USA military planes to shame.

After a fallout of sorts, Walter Beech and his wife, Olive,  opened their own company  in the 1930s, Beechcraft. “The first Beechcraft produced …[was] the Model 17 — the classic Beechcraft ‘Staggerwing.’ Designed especially for the business traveler, the airplane prove[…d] to be faster than military pursuit airplanes of the day and…[won] numerous air races.”

Over the next decades, Boeing, Learjet and Piperjet joined Beechcraft, Cessna and many other aviation firms in the creation of planes and jets in Wichita, which has since been nicknamed the “Air Capitol of the World”.  By 2008, the average count of Wichita-area employees for the following companies were as follows:

In addition, “[s]ubcontractors, ranging from parts suppliers to machine shops, employed at least 4,000 more in Wichita, providing everything from ball bearings to aircraft engines.”

It should also be noted that over-urbanization is not essential for this type of growth industry in small commercial aviation over time. ” Many of Wichita’s aviation workers are not city dwellers, but suburban, small-town and rural residents — including thousands of farmers who include bring their farm-mechanic skills to high-tech Wichita factory work as an adjunct to their farming income.”  Moreover, “Several local schools and colleges provide training in a wide range of aerospace-industry-related programs, including the Wichita Area Technical College, which provides FAA-certified training for licensed aircraft technicians.”

This could be Oman’s future if education and training in such a national development project were to be taken seriously.

In addition, there are still more possible industries which could bloom from such a development here in Oman.  Just look at what Kansas has added in recent years related to the aeros space industries already present there: “The Wichita area includes more than 20 airports — including Mid-Continent International Airport (served by a dozen airlines), and McConnnell Air Force Base — employing a combined workforce of hundreds (not counting McConnell AFB, which employs over 3,000 personnel). McConnnell AFB hosts one of only three KC-135 Stratotanker aerial supertanker wings in the Air Force, providing the Air Force’s global reach with air refueling and airlift missions worldwide.”

As well, the “world’s leading pilot-training company, FlightSafety International, recently began expanding its massive Wichita facilities for training pilots and technicians to work with Cessna, Hawker-Beechcraft, and Bombardier/Lear Jet aircraft. In 2007, FlightSafety’s Wichita facilities employed 450 people, and trained 12,000 pilots and technicians from all over the world.” In addition, “Wichita’s National Institute for Aviation Research (NIAR) is a leading aerospace industry research facility. NIAR, on the campus of Wichita State University, shares facilities (including wind tunnels) with the university’s aerospace engineering department — one of the nation’s few schools offering both masters and doctoral programs in aerospace engineering.”

WHAT DID KANSAS HAVE TO OFFER THAT OMAN COULD OFFER? or CAN ALREADY OFFER?

Initially, at the dawn of the 20th century, Kansas –like Oman of 1970s– had only location and wind to offer the field of aviation.  Kansas was a state made up of small farmers, ranchers, intenerate laymen, and miners. However, like Oman, Kansas was  located on a strategic crossroad of travel, trade, and transportation (in all directions–east, west, north, and south).

Kansas also had a slowly growing education system of public and private schools and colleges.  However, it would be mostly tinkerers and low educated technicians who eventually started up the great Kansas Aerospace industries.  In fact, it wasn’t until the late 1920s  and early 1930s that engineers were first brought to Kansas to these nascent industries.  Only later, were such engineers raised and trained  in Kansasto work in the airplane sector.

It would still be moslty farmers, technicians, and formerly unskilled labor who came to develop the great WWII-era aircraft production boom in Kansas. Women soon joined men on the production lines in Kansas.  Most left their farms, their homes, and even secretarial  or itinerate labor jobs to help out in the industry at that strategic time in the nation’s dvelopment.

Naturally, there was a post-WWII bust in the aircraft industry, and the aerospace  industry does suffer at times from boom and bust cycles. However, by the 1950s through today, i.e. as global demand for small planes and jets have been maintained for decades, the industry has been important for the overall diversification of the Kansas economy. Like Oman today, Kansas of the mid-20th century had a great deal of natural resources, farmlands and a slowly growing group of ever-more educated citizenry.  It is for this very reason that I feel that Oman in 2016 should grow its educational institutions and this new transportation sector immediately–and not allow Saudi Arabia to take over the entire aircraft production sector in the Middle East through its recent deals for training and production with Boeing. 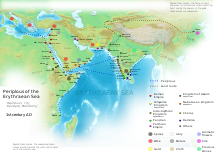 However, instead of competing with Boeing Saudi Arabia head on, i suggest that  Oman  focus on the small planes  and light aircraft market initially, i.e. like Kansas began to do nearly 100 years ago.  Omani colleges and universities are already putting out mechanical engineers at its various tertirary institutions. Oman simply needs to provide them both (1) more thorough as well as (2) more specialized training. (Oman just needs to reorient its education and economic or trading schemes to include aerodynamics and aerospace into the overall training programs.)

In the meantime,  I would suggest that the nation of Oman approach a region, like my homestate of Kansas, It should make the state and Kansas industries partners in  training partners and production.   They could help Omanis consider and implement their know-how on commercial aviation sector.  This could be part-and-parcel with the  Omani nation’s  longterm partnership with its own people for development of a diversified economy.  This expansion to diversify the country’s economy should be started now and not pushed off into the future.

I encourage you, Omanis to talk and think through the opportunities you could have for your future if you seize the day in this matter and undertake or realize many other possibilities for greater economic diversification and sustainability.