“NORTH DAKOTA HAS LOST ITS MIND” 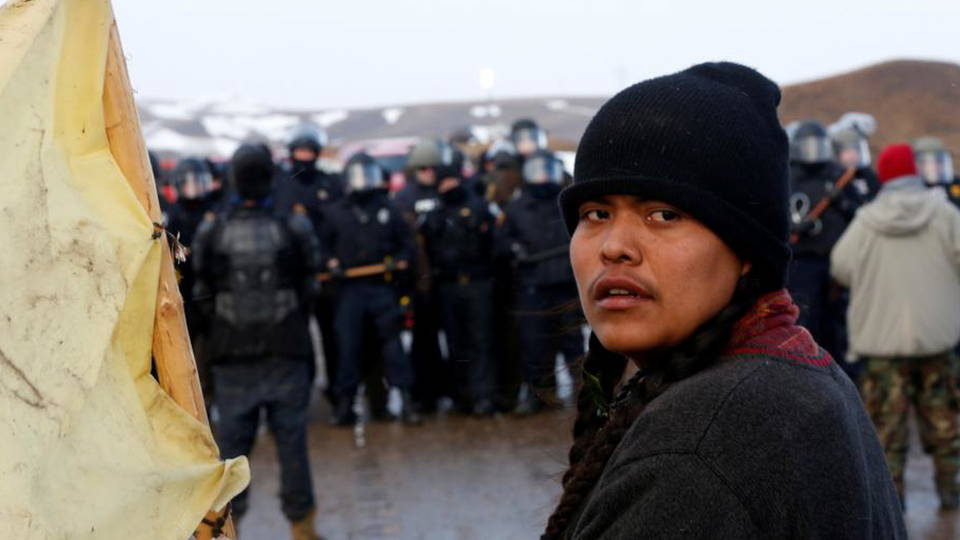 In North Dakota, the main resistance camp set up by Lakota water protectors fighting the $3.8 billion Dakota Access pipeline has been largely vacated after protesters were ordered to leave the camp on Wednesday. Police arrested around 10 people. The U.S. Army Corps of Engineers and the North Dakota governor had imposed a noon eviction deadline for the hundreds of water protectors still living at the resistance camp. This is Governor Doug Burgum speaking Wednesday.

Gov. Doug Burgum: “Our big ask for tomorrow is that, you know, anybody that’s remaining in the camp, we want to make sure they know that they have an opportunity to voluntarily leave, take your belongings, remove anything that you think might be culturally significant, and we’ll help you get on your way if you need to do that.”

Prayer ceremonies were held on Wednesday, and part of the camp was set on fire before the eviction began. One 17-year-old girl was badly injured by the flames. Water protectors say the resistance camp sits on unceded Sioux territory under the 1851 Treaty of Fort Laramie and that they have a right to remain on their ancestral land. A couple dozen people are still remaining at the camp.

Protester: “You know, a little scared of getting arrested and whatever consequences come from that, but I believe full-heartedly in the movement here, and I’m willing to risk that.”

Earlier this month, construction crews resumed work on the final section of the pipeline, after the Trump administration granted an easement to allow Energy Transfer Partners to drill beneath the Missouri River.

5 Responses to “NORTH DAKOTA HAS LOST ITS MIND”