U.S. to Send More Troops to Iraq, as Pentagon Probes Reports of Hundreds of Civilian Casualties 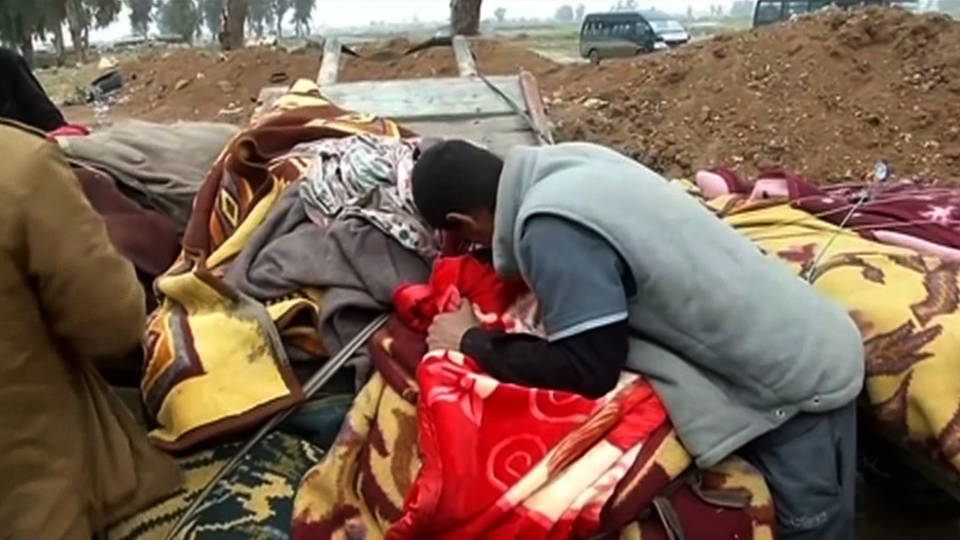 The Pentagon announced Monday it will be sending at least 240 more U.S. soldiers to northern Iraq within the next 36 hours. The troops are from the 82nd Airborne Division at Fort Bragg, North Carolina. Heavy fighting continues in west Mosul, despite reports over the weekend that the U.S.-backed Iraqi Army had suspended its offensive amid revelations U.S.-led coalition airstrikes have killed hundreds of people in recent weeks. One U.S.-led coalition airstrike on March 17 may have killed up to 200 civilians—marking one of the deadliest strikes since the U.S. invaded Iraq in 2003.

On Monday, Amnesty International acused Iraqi officials of telling Mosul residents not to flee amid the airstrikes and ground offensive, instead dropping leaflets and broadcasting over the radio that civilians should stay in their houses. Amnesty said, “The fact that Iraqi authorities repeatedly advised civilians to remain at home instead of fleeing the area, indicates that coalition forces should have known that these strikes were likely to result in a significant numbers of civilian casualties. Disproportionate attacks and indiscriminate attacks violate international humanitarian law and can constitute war crimes.” 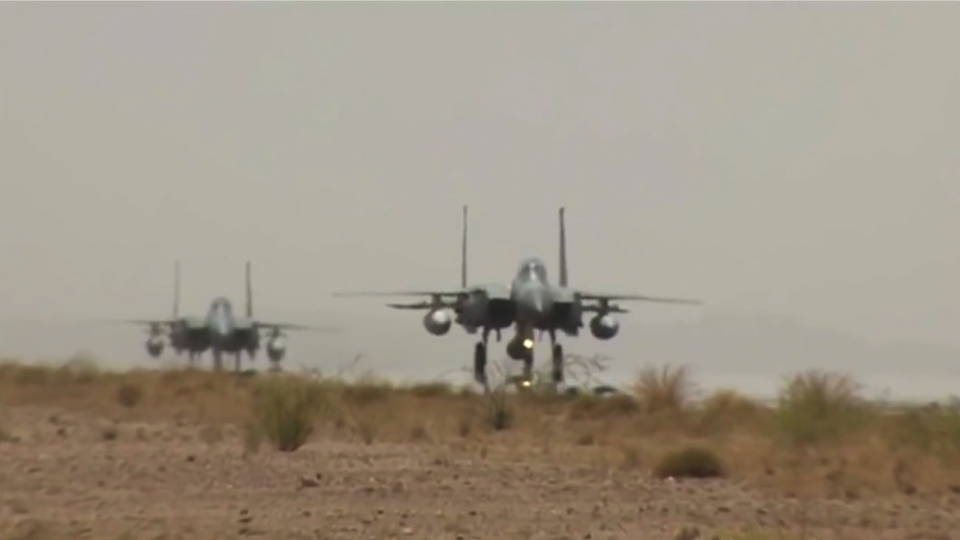 The Wall Street Journal is reporting the Trump administration has increased its military support for Saudi Arabia and the United Arab Emirates amid the ongoing Saudi-led war in Yemen. Citing unnamed U.S. and Arab officials, the Journal reports the U.S. will now offer even more logistical and intelligence support for the coalition fighting Yemen’s Houthi rebels, who are accused of being linked to Iran. The Journal also reports the Trump administration is seeking to resume sales of precision-guided weapons to Saudi Arabia. President Obama froze some of these weapons sales last year amid concerns about the number of civilian casualties. The U.S.-backed, Saudi-led bombing campaign has already killed thousands of people, while the Saudi naval blockade has pushed Yemen to the brink of famine.

On Monday, in Yemen, at least 11 people died in a suicide bombing attack on a government compound in southern Yemen.

7 days ago – The president is doubling down on the Middle East quagmires he once criticized. … YetTrump’s most important escalation has been in the War on Terror, … to draw America deeper into some of the world’s most intractable conflicts. … Meanwhile, military leaders responsible for the fight in Afghanistan have …

Nov 18, 2016 – Will the Middle East slide into even greater chaos during Donald Trump‘s … Leadersacross the region are watching to see which of the … destined to mark U.S. policy making in one of themost highly volatile parts of the world.

o More than half are estimated to be Mexican, and sending so many back … 14, Trump said, “Certainly in that system, he’s been a leader far more than our … group, but avoid getting the United States into aMiddle East quagmire. …. for Europe to create an alternative to NATO, most likely under the umbrella of an E.U. army.

Dec 18, 2016 – Perhaps Mr Trump’s most striking difference with Mr Obama will be his wooing of Mr Putin. He plans to hold meetings with the Kremlin leader, playing to what his …. The middle east like many less developed places recognise and ….. of the crew who slammed the US for going into Iraqunder ‘sheriff’ Bush?

The Neocons and the “deep state” have neutered the Trump …

Feb 14, 2017 – The Neocon run ‘deep state’ has now forced Flynn to resign under the … Trump was also acutely aware that ‘more of the same’ was not an option. …. the nation into quagmires and handing the keys to the chicken coop to …… First, it was the middle east, where despite campaign promises of pulling back US …

continuing wars in the Middle East, a disappointment to supporters who hoped for a change in … and puts more conventional U.S. troops in the battle.” The Post …

Jul 2, 2012 – The moral and strategic arguments for a more muscular U.S. role may be compelling. … to act in the face of evil and wrongdoing; a leader of a country may well too. … matter much in terms of the election, unless of course the president stumbles. … It could draw America into another Middle East quagmire.

Sep 19, 2015 – Even more bizarre, the White House is claiming little to do with it. … This bizarre “I was peer pressured into sending more weapons into the Middle East” argument by the … getting the USmilitary involved in yet another quagmire it could not … ‘Move fast and break things’: Trump’sObamacare failure and the …

Oct 12, 2016 – Most Americans – almost three-fourths of us by recent polls – think the country is … survival of a Jewish state in the Middle East are the result of Israeli decisions and … Lawyers who bring or defend suits under JASTA or its foreign ….. by previous presidential elections: “Clinton and Trumphave more than the …