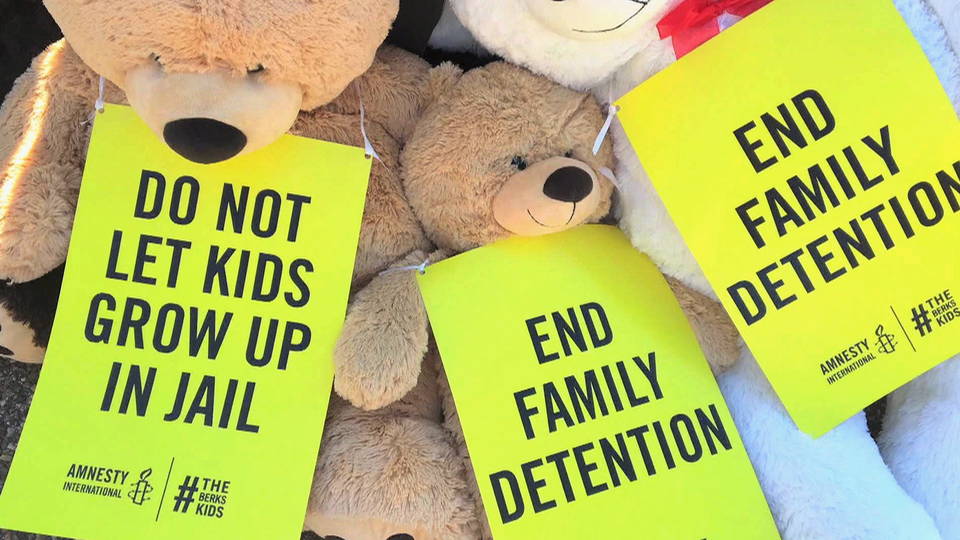 Human rights campaigners rallied outside the White House Monday, calling on the Trump administration to release children and their parents from the Berks County Residential Center in Pennsylvania, where families are imprisoned as they seek asylum in the U.S. Protesters with Amnesty International set up cardboard silhouettes of children and teddy bears draped in signs reading, “Don’t let kids grow up in jail.” 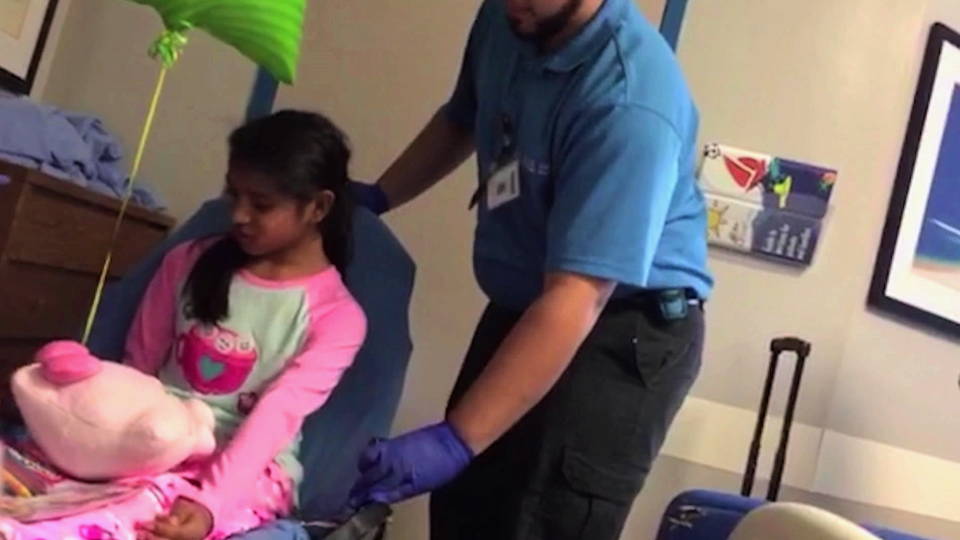 Amnesty’s protest came as the American Civil Liberties Union demanded the immediate release of a 10-year-old girl who was taken into custody by Border Patrol agents as she recovered from emergency surgery at a hospital in Texas. Video shows the agents escorting Rosa Maria Hernandez, who is undocumented, into custody, as she’s wheeled out of the hospital on a gurney. Hernandez has been living in the United States since she was three months old, when her parents moved to the U.S. in order to access better medical care to treat her cerebral palsy. We’ll have more on her case later in the broadcast.