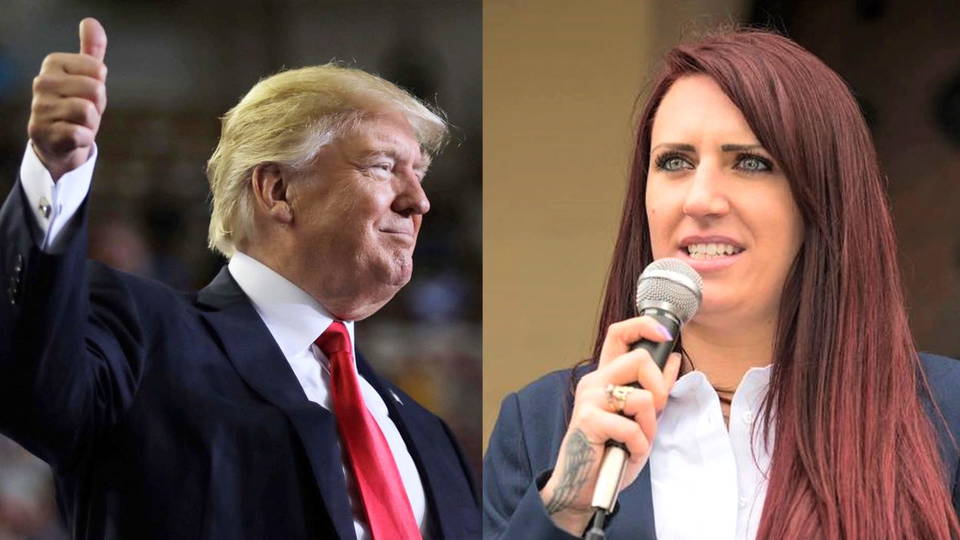 President Donald Trump drew international outrage Wednesday after he retweeted three violent videos shared by a leader of a far-right, anti-Muslim, anti-immigrant group based in the U.K. The videos purport to show violence carried out by Muslims. Before Trump retweeted them, they were posted early Tuesday by Jayda Fransen, deputy leader of the group Britain First. Fransen was arrested just days ago on hate speech charges over an appearance in Belfast last August. She was previously found guilty of religiously aggravated harassment after she verbally accosted a Muslim shopkeeper during a so-called “Christian patrol” last year in the English town of Luton. Trump’s retweets drew condemnation across the political spectrum in Britain. London Mayor Sadiq Khan, who is Muslim, said, “President Trump yesterday used Twitter to promote a vile, extremist group that exists solely to sow division and hatred in our country. Many Brits who love America and Americans will see this as a betrayal of the special relationship between our two countries.” In a rare rebuke, Conservative Prime Minister Theresa May said, “It is wrong for the President to have done this.” But May did not rescind her government’s invitation to host President Trump for a state visit.