Tomgram: Engelhardt, A President Made for a Zombie Apocalypse Media World 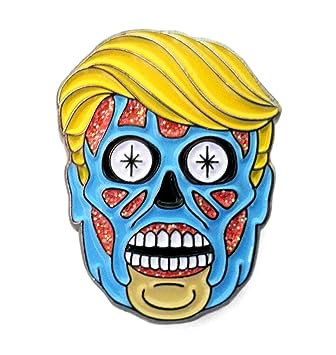 Don’t look away. I mean it!  Keep on staring just like you’ve been doing, just like we’ve all been doing since he rode down that escalator into the presidential race in June 2015 and, while you have your eyes on him, I’ll tell you exactly why you shouldn’t stop.

To begin with, it’s time to think of Donald J. Trump in a different light.  After all, isn’t he really our own UnFounding Father?  While the Founding Fathers were responsible for two crucial documents, the Declaration of Independence (1,458 words) and the Constitution (4,543 words), our twenty-first century UnFounding Father only writes passages of 140 characters or less. (Sad!)  Other people have authored “his” books.  (“I put lipstick on a pig,” said one of his ghostwriters.)  He reportedly doesn’t often read books himself (though according to ex-wife Ivana, he once had a volume of Hitler’s speeches by his bedside).  He’s never seen a magazine cover he didn’t want to be on (or at least that he didn’t want to claim, however spuriously, he had decided not to be on).  He recently indicated that he thought the Constitution had at least one extra article, “Article XII,” which he promised to “protect,” even though it didn’t exist.  (My best guess: he believed it said, “The powers not delegated to the United States by the Constitution, nor prohibited by it to the States, are reserved neither to the States respectively, nor to the people, but to Trump and his heirs and there will be no inheritance tax on them.”)

None of this should be surprising since, for him, the Constitution is undoubtedly a hearsay document, as is much of the rest of life.  Still, at 71, who could doubt that he himself has the constitution of an ox, thanks perhaps to those Big Macs he reportedly adores, the Trump Steaks he tried to peddle, and the taco bowls (“I love Hispanics!”) that he once swore he gobbles down.  As someone capable of changing his mind on almost anything (other than himself), his attention span tends to be short.  So briefing him on the state of the world, if you happen to be in the U.S. Intelligence Community, is evidently a challenging task. You reportedlywant to keep it, well, brief — no more than a page per topic, three topics per visit, lots of visuals.  And don’t forget to skip the “nuance,” as well as any dissenting or conflicting views (especially on him, since that’s the rare subject he truly cares about). 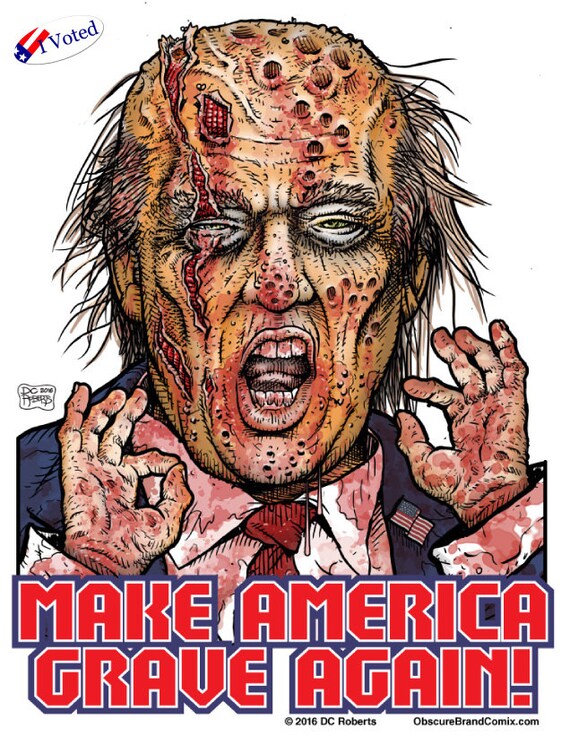 His daily briefings reportedly have only a quarter of the information President Obama’s had, perhaps because the world’s gotten simpler since those godforsaken days.  Thank you, Rocket Man!  And to give him credit where it’s due, he’s done a remarkably thorough job of turning the Oval Office into a business venture for himself and his kids.  (Hey, if you happen to be a foreign diplomat, lobbyist, industry group of any sort, cabinet member, or White House adviser who wants anything from the Oval Office, let me recommend the new Trump International Hotel just down the block on Pennsylvania Avenue for a meal or an event!  There’s no better way to curry favor, even if you happen to be an Indian businessman and there’s no curry on the menu.  Don’t miss those $24 chocolate cigars!)  For the rest of us, we’ve gained immeasurably from his business ventures since his election.  Otherwise, how would we know what the once-obscure word “emoluments” actually meant.