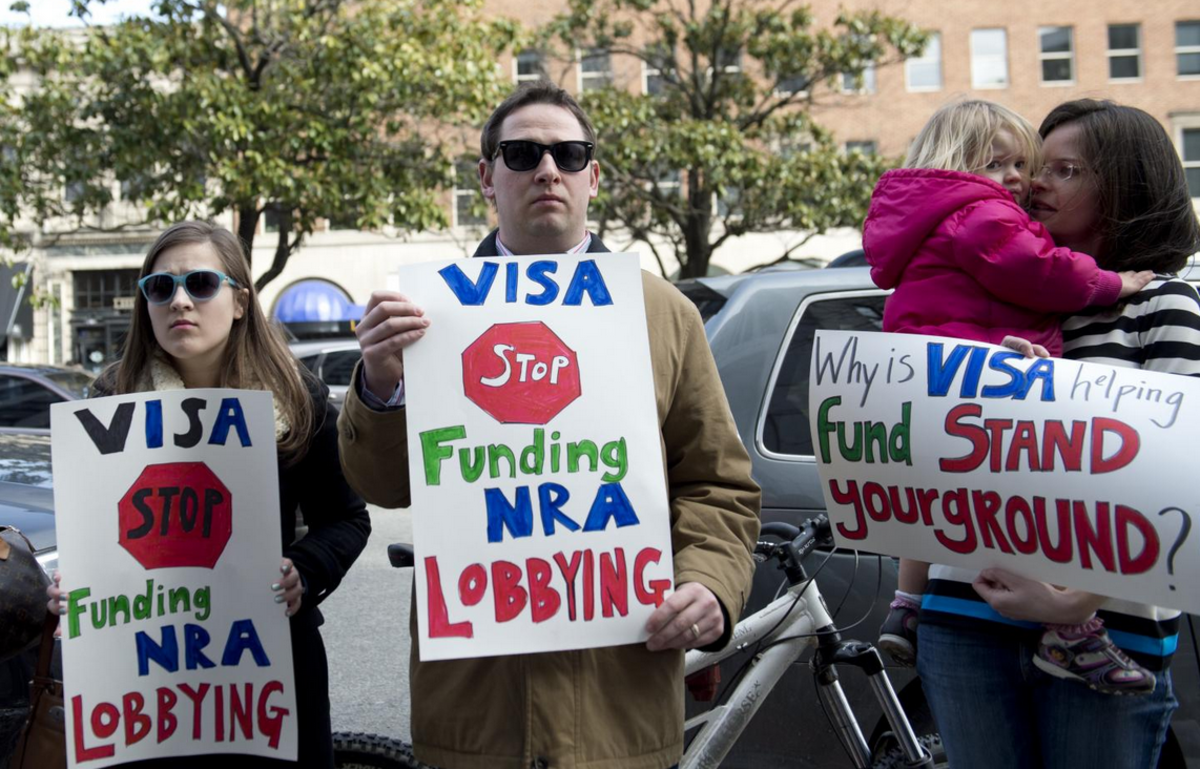 More than a dozen companies have cut ties with the National Rifle Association (NRA) as a boycott campaign gathers pace in the aftermath of the school shooting in Florida earlier this month.

The firms range from car rental companies such as Hertz to insurance firms like U.S. corporation MetLife.

After Nikolas Cruz shot and killed 17 people at the Marjory Stoneman Douglas High School, his former school, on February 14, calls have grown for corporations to end agreements with the gun lobby whose aim it is to keep in place the gun laws that allowed Cruz to buy his AR-15 assault rifle.

Keep Up With This Story And More By Subscribing Now

Many of the terminated agreements include the companies no longer giving discounts to NRA members, a perk that attracted them to join the association. Hertz tweeted Friday: “We have notified the NRA that we are ending the NRA’s rental car discount program with Hertz.”

Companies are throwing themselves headfirst into the gun debate by having agreements in place with the NRA. Just as ending the agreements will risk sparking anger among conservative supporters, it could attract customers who had previously felt they could not part with their cash to a company that supported one of the most powerful but divisive organizations in the U.S.

As the companies ended their agreements, their tweets went viral on social media platforms such as Twitter, garnering tens of thousands of retweets.

So have hashtags initiated by activists, including #BoycottNRA. Other companies being pressured but yet to announce any action include Amazon, FedEx and Visa.

A sign is posted in front of a Hertz rental car office on August 8, 2017 in San Francisco, California. JUSTIN SULLIVAN/GETTY

One of the cancellations applauded by pressure groups was that of Chubb Insurance, which ended its legal cover, known as NRA Carry Guard, for gun owners who shoot someone then say they did so in self-defense.

“For years, the NRA has pushed to allow guns for anyone, anywhere, anytime—no questions asked. With Carry Guard, the NRA has figured out how to profit from gun owners who are concerned about being accused of murder. Carry Guard is a danger to the American public, pure and simple,” said John Feinblatt, president of Everytown for Gun Safety.

Mass shootings have always rallied anger and calls for change to gun laws, but that feeling appears to have been magnified after the Parkland massacre.

Politicians have ramped up their calls for changing legislation in the country. Among them is Flordia Governor Rick Scott, who supports raising the minimum age for gun purchases from 18-years-old to 21.

President Donald Trump has said his administration would take measures that would ban the bump stock accessory that can convert a semi-automatic weapon into one that fires like an automatic weapon with the ability to fire hundreds of rounds a minute. It is the same accessory used by Stephen Paddock in his Las Vegas massacre in October last year that left more than 50 people dead.

The full list of companies to have boycotted the NRA so far: