The Justice Department’s Unconvincing Explanation for Its Reversal on FISA

The revolution in digital technology has upended our society in many ways. Chief among these is that it has forced Americans to scramble to preserve the foundational balance of power between government and the people. MoreConstitutional Principles

The Justice Department’s Unconvincing Explanation for Its Reversal on FISA

This piece originally appeared on Lawfare.

On May 26, on the eve of a final vote on legislation to reauthorize recently expired Patriot Act provisions and enact numerous Foreign Intelligence Surveillance Act (FISA) reforms, the Department of Justice issued an eleventh-hour about-face. Having previously stated its support for the bill on March 11, just two months later the department now has announced its opposition to the legislation. What’s more, the department’s explanation for this change doesn’t pass the smell test—and it distorts an important FISA reform contained in the bill.

The Justice Department’s explanation for its flip-flop on this bill doesn’t pass the smell test—and it distorts an important FISA reform contained in the bill.

The department claims that it is now opposing the bill because of the sole amendment made by the Senate since the Justice Department’s March 11 statement, an addition sponsored by Sens. Patrick Leahy and Mike Lee that further empowers the FISA Court amicus—a role created by the 2015 USA Freedom Act to advocate for civil liberties in important FISA Court proceedings. The Justice Department argues that this reform, passed on March 13 with broad bipartisan support, endangers national security. Specifically, John Demers, the head of the Justice Department’s National Security Division, claims that because the new provision will give the amicus access to additional sensitive materials, the reform will cause allies to stop sharing valuable intelligence with the United States.

This argument strains credulity. And in three key ways, it ignores how the amicus role functions in the FISA Court.

The amicus role was created as part of the USA Freedom Act to provide the FISA Court with added expertise and perspective, especially when the court takes up novel or significant questions of law. The FISA Court chooses a set of amici who are brought in during such deliberations about new or important legal questions, and with the addition of the Leahy-Lee amendment, the court can also call in amici for proceedings that raise concerns such as significant First Amendment issues. Amici provide arguments to the court that advance privacy and civil liberties. Their role is to better inform the FISA Court—they do not have any formal powers to block or alter surveillance orders. And existing law even gives the FISA Court the power to decline to have the amici participate in a deliberation where they would typically be involved. 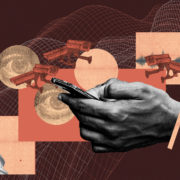 With this bill, Congress is also poised to enact several major reforms, including ending an invasive program that allowed the government to collect potentially millions of Americans’ phone records.Read More

The first reason the Justice Department’s claim doesn’t hold up is that the amicus role is carried out by individuals who are vigorously vetted and cleared to access classified materials in the same manner as government officials. The law creating the amicus position explicitly states that any access to classified information is contingent on the amici having the required clearance—the same standard applied to all individuals viewing such material, whether they be Justice Department lawyers or FISA Court judges. Additionally, the FISA Court hand-picks civil servants to serve as amici, choosing experts not only who will be effective advocates for privacy and civil liberties but also whom the court trusts to engage in proceedings. Giving amici access to materials shouldn’t raise any more concern than the FISA Court’s practice of choosing clerks and aides.

It is offensive for the Justice Department to argue that appointed amici—individuals with a long history of civil service both in and out of government—would be less responsible with sensitive materials than any other individual approved to participate in FISA Court proceedings. And it’s especially ironic for Demers to raise this concern when one of the current amici, David Kris, previously served as head of the National Security Division that Demers now leads.

The Justice Department’s complaint also misrepresents the type of materials the amici use. The department expressed concern that the Leahy-Lee amendment would make sensitive intelligence so vulnerable that foreign allies would stop sharing information with the U.S. But the reality is quite different. The bill specifies that the amici should have access to legal materials such as “applications, certifications, petitions, motions” and other materials that are relevant to the proceedings at issue. It does not create an open book to grant access to all raw intelligence information—rather, the law requires access to the arguments that the Justice Department is making to the court and information that the department is required to share with the court to demonstrate that its claims are honest and accurate. If the Justice Department is worried that sharing these legal documents and deliberations with amici could endanger intelligence-sharing arrangements, why hasn’t it raised similar concerns about sharing the same information with all other individuals working for the FISA Court? 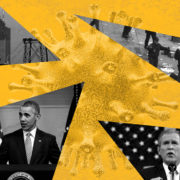 How to Preserve Civil Liberties in a Pandemic

As the coronavirus pandemic continues, our country faces numerous challenges that will require not only extraordinary responses, but extraordinary vigilance to prevent the abuse of power during this crisis.Read More

Finally, the claim that deeper involvement from amici would endanger intelligence from foreign nations misconstrues the type of proceedings in which the amici are involved. The USA Freedom Act created the amicus position to ensure that the FISA Court receives arguments from broad perspectives on novel and significant questions of law. These proceedings involve evaluating the legal and constitutional questions surrounding programmatic issues and techniques, not parsing over the details of specific intelligence or standard applications for FISA warrants. A review of every case that amici have been involved in bears this out: Deliberations where amici contribute focus on the legality of policies such as treatment of U.S. person’s communications swept up in warrantless surveillance and the use of pen registers to collect digit dials made during a phone call. They do not focus on intelligence that would be examined for specific investigations.

I hope all Republican House Members vote NO on FISA until such time as our Country is able to determine how and why the greatest political, criminal, and subversive scandal in USA history took place!144K6:21 PM – May 26, 2020Twitter Ads info and privacy54.5K people are talking about this

Trump’s objections to FISA sway wildly between legitimate problems raised by Justice Department Inspector General Michael Horowitz and baseless conspiracy allegations. But he consistently plays on the theme that the FISA Court is vulnerable to abuse. And it’s impossible to square the two concerns coming from the administration: Trump worries that the legislation provides insufficient accountability at the FISA Court while the Justice Department complains that the bill now includes too much new independent oversight at the FISA Court.

These are complex issues, and reasonable disagreements can be had over FISA reform. But to address these questions, it’s critical that key stakeholders hash out this debate in good faith. Right now, though, the Department of Justice’s objection to the reauthorization legislation is both poorly reasoned and inconsistent with the chief executive’s own objections. The administration needs to set a clear stance on FISA if policymakers are going to move forward on reforms—and it needs to abandon its flimsy argument that having an amicus more involved in important legal proceedings would somehow endanger national security.

The Constitution Project works to combat the increasing partisan divide regarding our constitutional rights and liberties.