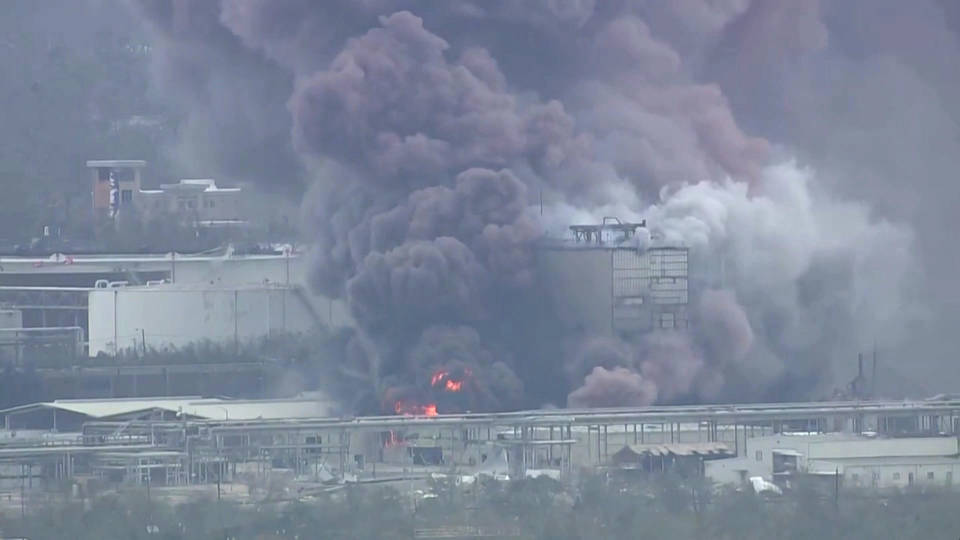 In Louisiana, at least six people were killed after Hurricane Laura came ashore Thursday as one of the strongest recorded storms ever to hit the United States. The category 4 hurricane failed to produce the massive storm surge feared by forecasters, but brought fierce winds of up to 150 miles per hour that overturned vehicles, ripped the roofs off houses, and shattered the glass windows of a 22-story office tower. The storm triggered a massive fire at a chemical plant near Lake Charles that sent plumes of black smoke and poisonous chlorine gas billowing across Interstate 10. Local residents who hadn’t already evacuated were ordered to shelter in place with their windows and doors closed. TOPICS: 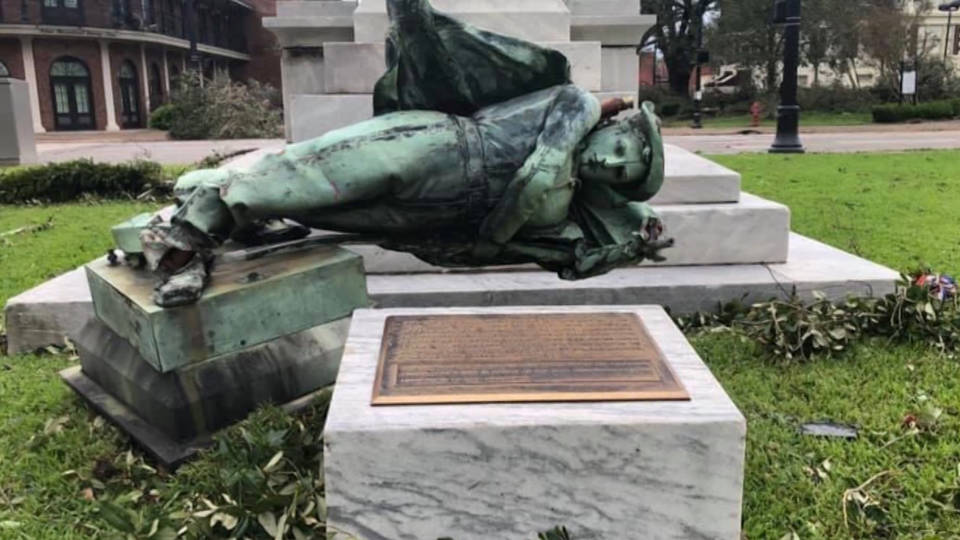 Hurricane Laura toppled a century-old monument to a Confederate soldier on the lawn of a courthouse in Lake Charles. Just two weeks ago, local officials voted to keep the statue in place amid nationwide protests demanding the removal of monuments to slavery and racism.TOPICS: