More on Saudi’s endless Wars with its Middle Eastern Neighbors 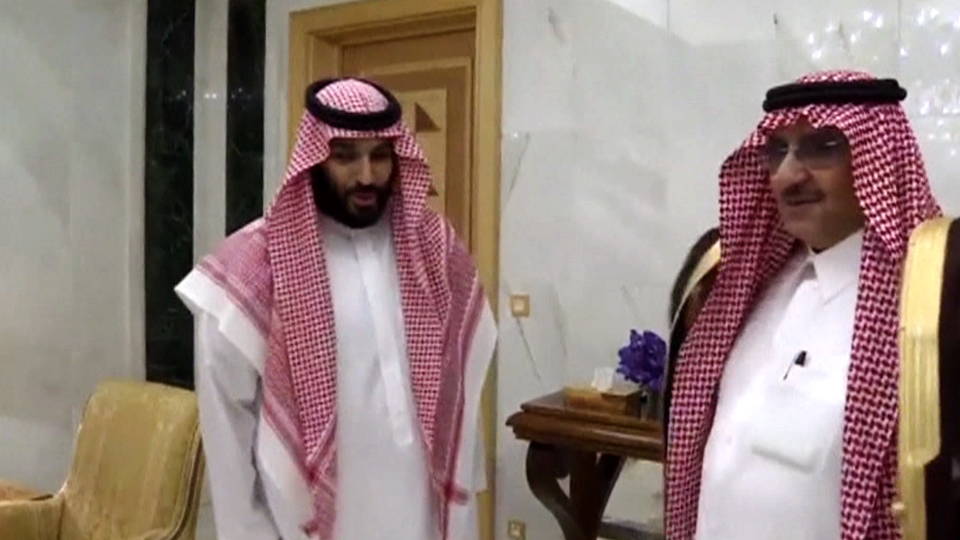 In Saudi Arabia, King Salman has deposed his nephew as crown prince and has replaced him with his son, Mohammed bin Salman bin Abdulaziz, who is now first in line for the throne. Mohammed bin Salman currently serves as defense minister and has been presiding over the devastating U.S.-backed, Saudi-led war in Yemen. In response to the news, The Huffington Post’s foreign affairs reporter Akbar Shahid Ahmed tweeted, “This is HUGE. Man he is replacing was against Qatar crusade+Yemen war. Saudi is doubling down on its most controversial actions.” 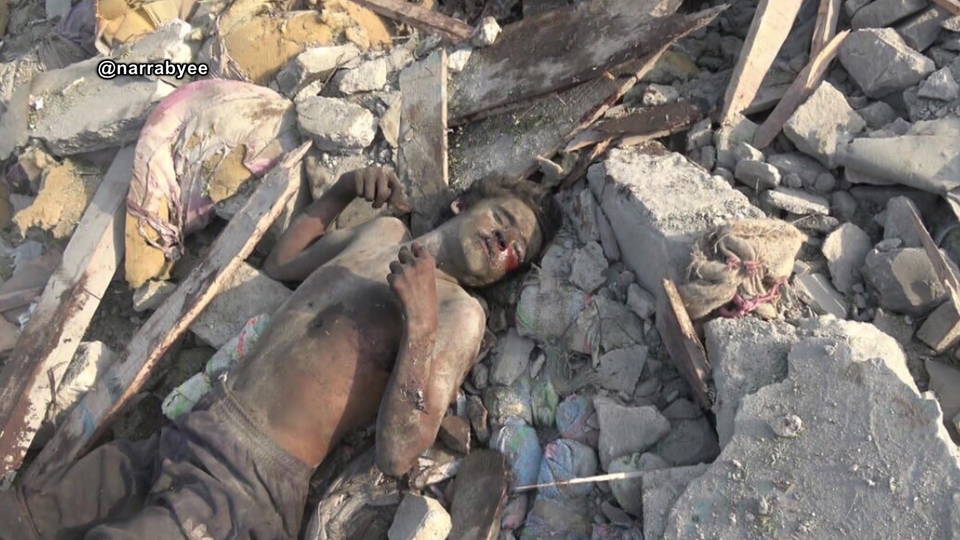 Meanwhile, in Yemen, health officials say multiple U.S.-backed, Saudi-led coalition airstrikes killed at least 25 civilians at a market in northern Saada province Sunday. Graphic images that circulated on social media show corpses lying amid rubble and survivors surveying the damage to the market. More than 10,000 people have died amid the ongoing U.S.-backed, Saudi-led war in Yemen, which has also destroyed the country’s health, water and sanitation systems, sparking a deadly cholera outbreak.

State Dept. is Confused About Saudi Move to Cut Ties with Qatar 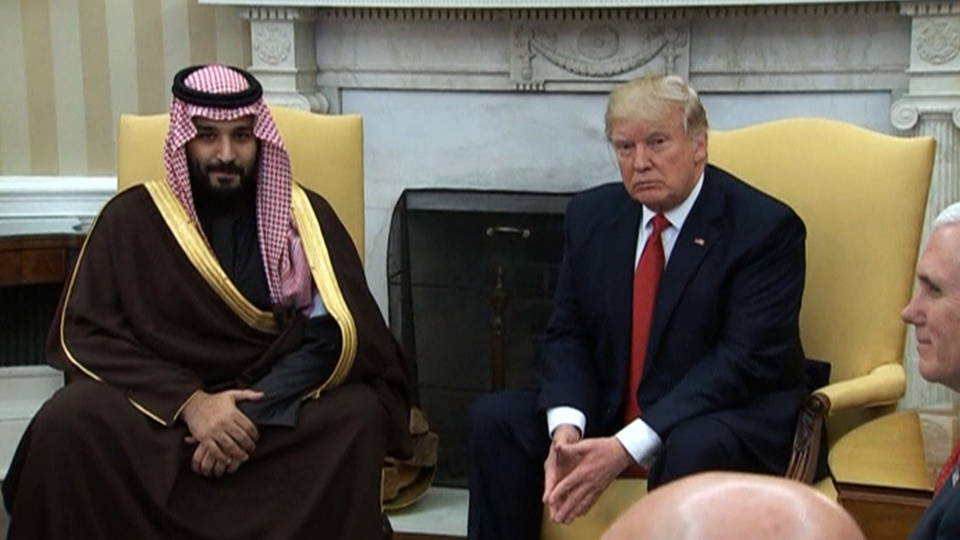 The State Department expressed confusion Tuesday about Saudi Arabia’s move to cut diplomatic ties with Qatar, saying the Saudis and other Gulf countries have not revealed their grievances more than two weeks after they severed ties. State Department spokesperson Heather Nauert said Tuesday, “At this point, we are left with one simple question: Were the actions really about their concerns about Qatar’s alleged support for terrorism, or were they about the long-simmering grievances between and among the GCC countries?” referring to the Gulf Cooperation Council countries. President Trump initially celebrated and even tried to claim credit for Saudi Arabia’s decision to cut ties with Qatar, tweeting, “During my recent trip to the Middle East I stated that there can no longer be funding of Radical Ideology. Leaders pointed to Qatar–look!” But then a week later, the U.S. agreed to sell $12 billion worth of U.S.-manufactured F-15 fighter jets to Qatar.

Jun 6, 2017 – Tensions between Qatar and its neighbors skyrocketed last month after … played for the US in its fight against radicalism in the Middle East.

Saudi Arabia And Arab Neighbors Punish Qatar Over Terrorism. Will …

Jun 5, 2017 – Four Arab countries cut all ties with Qatar because of its support of terrorism, … Early Monday morning in the Middle East, Saudi Arabia, Egypt, Bahrain … Qatar cannot fight a war with SaudiArabia because it lacks the military …

What Is Saudi Arabia Going to Do With Its Arms Buildup? – Newsweek

Mar 17, 2017 – Will the kingdom turn on its neighbors to head off a revolt at home? … too exhausted by 15 years of near-endless involvement in Iraq and Afghanistan to … If Saudi Arabia starts a war in theMiddle East by invading a neighbor …

Jan 5, 2017 – Two years after his accession to the throne, King Salman faces many challenges. The intervention in Yemen is bogged down and Saudi Arabia …

Aug 22, 2016 – Unlike the war in Syria, the war in Yemen is not a focus of … Before the war, it produced less than a half-million barrels a day, and now its output is just … But when America needs Saudisupport in other parts of the Middle East, …. How Israel Quietly Demolished the Western Wall’s MuslimNeighborhood.

Items 41 – 50 of 98 – What does it mean to love our neighbors now? … more than three days, Washington must fully commit to cutting off weapons transfers if Saudi Arabia refuses to end its war on civilians there. … Update Libya: A New Front for the Endless War › … FCNL’s Middle East lobbyist Kate Gould moderated the panel.

Dec 30, 2016 – With Yemen ravaged by a civil war fueled by its neighbors it’s worth exploring … Empire imposed control over Islam’s holy cities in the mid-16th century. … Red Sea it was the British East India Company succeeded at annexing Aden, … With Saudi Arabia established by force of arms the plains leading to the …

Apr 14, 2015 – Iran Is Winning the War for Dominance of the Middle East … Egypt loves Saudi Arabia because Riyadh keeps its economy afloat — but it also …

Can Saudi Arabia Escape the Trap of Endless War in Yemen? | The …

Aug 25, 2016 – What do the Saudis and their coalition partners hope to gain from this … war against the Houthis, whom he described as “our neighbors,” but to …

Dec 4, 2015 – Yemen: Hopes for peace, fear of endless war … The Houthis and their allies, on the one hand, and the Saudi-led …. Through both their rhetoric and actions, the Houthis have arguably giventheir neighbours ample reasons for …

May 11, 2015 – Yemen’s War Is Redrawing the Middle East’s Fault Lines … As Saudi Arabia continues itsair assault on Yemen’s Houthi insurgents, … has taxed the Pakistani army, which must also pay attention to its southern neighbor, India. …. Trump Revs Up the Endless War Machine · The Hunger President · There’s No …