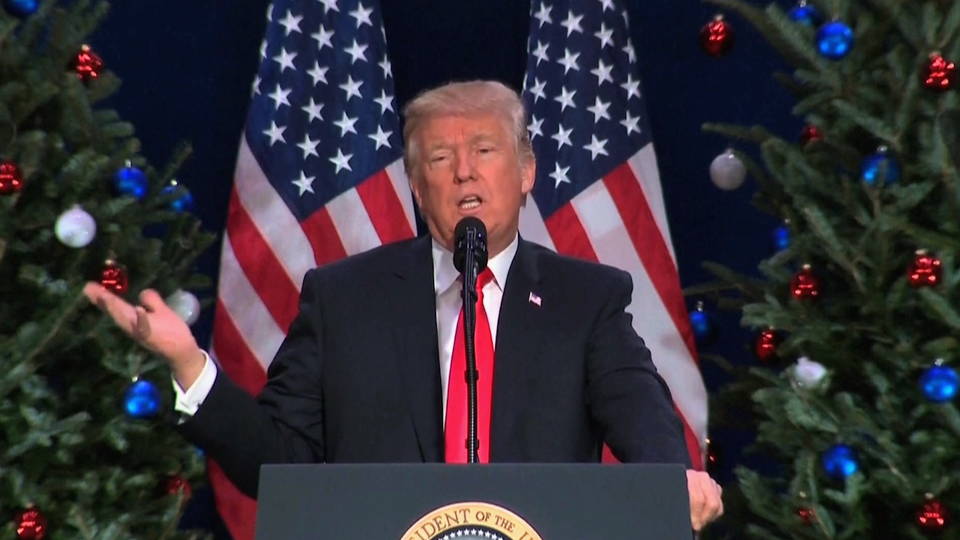 Senate Republicans have moved closer to passing a massive overhaul of the U.S. tax code, which would slash funding for healthcare while showering billions of dollars in tax cuts on the wealthiest Americans. Wednesday’s procedural step clears the way for a debate on the Senate floor and a possible vote on the tax bill later this week. The plan would slash the corporate tax rate from 35 percent to 20 percent and reduce individual tax rates—though those changes would be temporary. The bill would also repeal the Affordable Care Act’s individual mandate. A different tax cut bill passed the House earlier this month. We’ll have more on the Republican tax bills later in the broadcast.