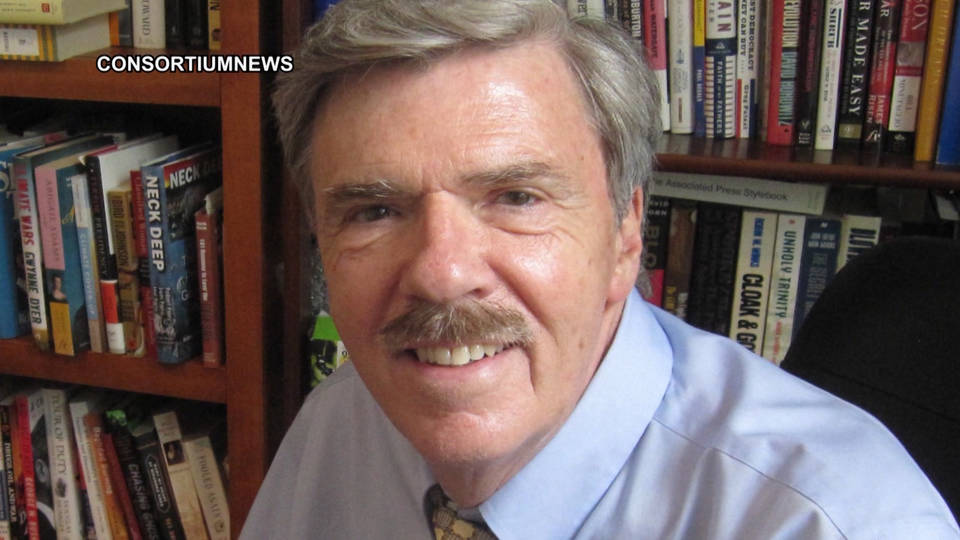 The longtime investigative journalist Robert Parry has died at the age of 68. As a reporter at the Associated Press in the 1980s, he helped expose how the Reagan administration was secretly sending arms to Iran in what became known as the Iran-Contra scandal. Parry also revealed the role of the U.S.-backed Nicaraguan Contras in drug trafficking here in the United States.

Robert Parry: “The Contras became involved in drug trafficking in the 1980s. It was done partly to help raise money for themselves. They were in a very unique position, working with the United States government on one side, and then also becoming a way for South American drug dealers to move their supplies, their material, their contraband, up into the United States. So, because the Contras became an intermediary for that, they also had some protection, because they were working for the U.S. government, and the U.S. government was very hesitant to blow the whistle on them.”

Thats Robert Parry speaking on Democracy Now! in 2006. Since 1996, Parry ran the news website ConsortiumNews.com. In 2015, he received the I.F. Stone Medal for Journalistic Independence from the Nieman Foundation.