Unfortunately, since the typhoon struck on November 8, the Philippines has spent more than $310 million paying off overseas debts, and it will spend a total of $6.7 billion this year alone

Two weeks after Typhoon Haiyan devastated the Philippines, the world has responded with astounding generosity, donating tens of millions of dollars to aid in the recovery effort–$37 million from the United States government alone. 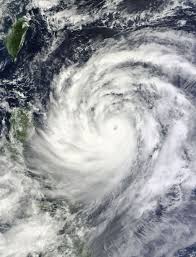 Unfortunately, since the typhoon struck on November 8, the Philippines has spent more than $310 million paying off overseas debts, and it will spend a total of $6.7 billion this year alone. Some of those debts are from the corrupt and abusive regime of Ferdinand Marcos. Rather than cancel this illegitimate debt, lenders are still collecting repayments on these loans, taking away resources that could be used to rebuild after the typhoon, and to further protect the Philippines from the repercussions of climate change!

Sign our petition calling upon the World Bank, Asian Development Bank, and other international creditors to grant an immediate moratorium on the Philippines’ debt repayments during the rebuilding process, and to offer grants–rather than loans which must be repaid with interest–to help the Philippines conduct relief, recover, and rebuilding operations in the weeks, months, and years ahead.

The horrendous impacts of the world’s largest-ever recorded storm are reason enough for public lenders like the World Bank to review and cancel the $60 billion debt burden held by the Philippines. However, knowing that some of these debts were inherited from the rule of Ferdinand Marcos in the 1970s and 80s–a period of repression and martial law. Loans poured in from these same international lenders, who turned a blind eye to the regime’s abuses, crimes and corruption.

Join Jubilee USA in calling upon lenders to implement an immediate moratorium on the Philippines’ debt repayments, and to offer unconditional grants instead of loans to further assist the Filipino people as they struggle to overcome poverty and destruction.

The destruction of Typhoon Haiyan was devastating, resulting in the deaths of more than 4,000 people, the displacement of more than 4.4 million, the loss of livelihoods for 5 million workers, and total economic losses of up to $15 billion. As the Philippines struggles to recover from this disaster, we support the calls of our Jubilee partners for an audit and cancellation of illegitimate and unsustainable debts.

Tell the World Bank and other lenders that we need an immediate moratorium on debt repayments, unconditional grants rather than loans, and an independent audit of the Philippines’ debts.

Thank you for your support,

I am a peace educator who has taken time to teach and work in countries such as the USA, Germany, Japan, Nicaragua, Mexico, the UAE, Kuwait, Oman over the past 4 decades.
View all posts by eslkevin →
This entry was posted in Uncategorized and tagged and it will spend a total of $6.7 billion this year alone, since the typhoon struck on November 8, the Philippines has spent more than $310 million paying off overseas debts, Unfortunately. Bookmark the permalink.